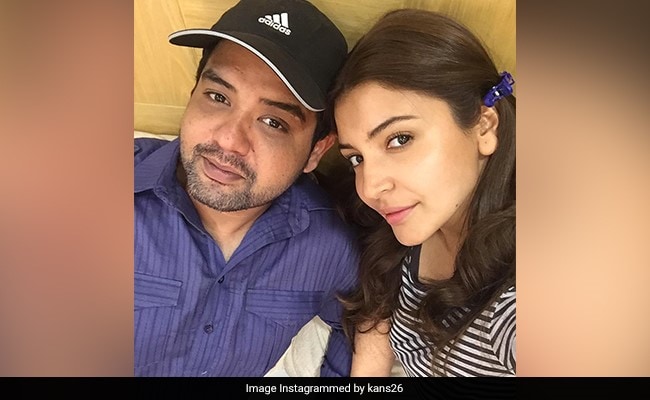 Anushka Sharma and her brother Karnesh Ssharma launched Clean Slate Filmz in 2013 and produced films like NH10, Pari, Phillauri, Bulbbul, and the web series Pataal Lok. However, in March 2022, Anushka stepped down from the production house. Now, in an interview, Karnesh has talked about Anushka’s decision of leaving Clean Slate Filmz. While talking to The Indian Express, Karnesh Ssharma said, “She is in a different phase in her life right now and we have to respect that. But she is still participating, we have Chakda Express where she is acting. Going forward, you’ll see her in stories which we are making. I think her priority has shifted and her time is restricted, because producing is a 24/7 job, and you can’t expect her to do that as she is a new mother now. She was very open and frank about what she said and it is all good; she is there with us in spirit. Moving forward, you never know what happens. I think this is the phase in her life, and there could be another phase in her life where she comes back, it is her company as much as it is mine.”

Karnesh Ssharma also added, “Clean Slate Filmz was started by her, so nobody can take that away from her. She has been instrumental in bringing us where we are today. Whether it is acting or giving creative inputs to stories, she’s always been involved.”

In March, Anushka Sharma had announced that she had stepped down from Clean Slate Filmz. Her note had read, “When I started Clean Slate Filmz with my brother Karnesh Ssharma, we were novices when it came to production but we had a fire in our belly and we wanted to try and set the agenda of entertainment in India through clutter-breaking content. Today, when I look back at our journey so far, I’m deeply proud of what we have created and the disruption that we have managed to achieve.”

“While CSF started with my vision to change the narrative of what commercial projects should be like, I have to credit Karnesh who has excelled in shaping what CSF has become today. Being a new mother who has chosen to be an actor by profession, I have to balance my life in an entirely new fashion like never before. So, I have decided that whatever time I have at hand, I will dedicate it to my first love, acting! Therefore, I have decided to step away from CSF, confident that the most able person, Karnesh, is taking forward the vision with which it was created in the first place,” concluded Anushka Sharma.

Anushka Sharma is married to Virat Kohli and they have a daughter named Vamika. Vamika was born to Anushka and Virat in January 2021.

On the work front, Anushka Sharma will next be seen in Chakda Xpress, which is inspired by cricketer Jhulan Goswami’s life. The film will be directed by Prosit Roy.