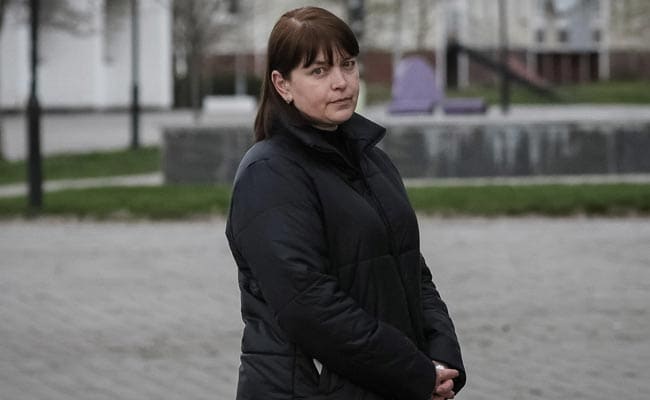 Nuclear engineer Liudmyla Kozak was part-way through a 12-hour overnight shift at the defunct Chernobyl plant when Russia invaded Ukraine on February 24 and workers heard loud explosions from the edge of the so-called exclusion zone around the site.

As military planes zipped overhead and the sound of fighting grew nearer, Kozak and her colleagues realised that the next shift of workers would not arrive to relieve them as scheduled that morning.

By mid-afternoon, “we saw on our monitors that some uninvited guests were creeping in,” Kozak, 45, told Reuters in Slavutych, a town near the Belarusian border where Chernobyl staff live.

The workers were about to witness the most dramatic events at the plant since the 1986 nuclear disaster, whose 36-year anniversary was marked by a vigil in Slavutych on Tuesday.

After battling Ukrainian forces around the still-radioactive plant, Russian troops had seized control of its territory by the evening of the first day of the invasion – part of Moscow’s land, sea and air assault on Ukraine that was the biggest attack on a European state since World War Two.

“They captured us, then let us return to our work stations after long negotiations. They said we could work, that no one would bother us,” said Kozak. “We carried out their orders, trying not to contradict them or come into conflict – not to provoke bigger conflicts.”

As days went by, the Ukrainian authorities and the International Atomic Energy Agency repeatedly called for the release of the exhausted staff, who operate radioactive waste facilities.

Kozak said Russian troops used a facility on the plant’s territory as a base for attacks closer to Kyiv, which is 100 km (62 miles) from the plant.

“They went to Kyiv, did some shooting, then came back to the plant and rested, had a shower, did the washing, ate some food and slept, then off to Kyiv again,” she said, adding that the soldiers stored a large amount of weapons and military equipment at Chernobyl.

Reuters could not independently verify her account. While the plant was occupied, Ukraine warned about Russian forces bringing weapons and ammunition into the exclusion zone – the area around Chornobyl which is ordinarily closed off to anyone who does not work there or have special permission due to the radiation risks.

On April 26, 1986, a sudden surge of power during a reactor systems test destroyed Unit 4 of the nuclear power station at Chornobyl. The accident and the fire that followed released massive amounts of radioactive material into the environment, the US. Nuclear Regulatory Commission said. Britannica called it the worst disaster in the history of nuclear power generation.

Kozak did not see the withdrawal of the Russian soldiers at the end of March. Before then, after 25 days at the occupied plant, she and other workers were allowed to leave and other staff took their places.