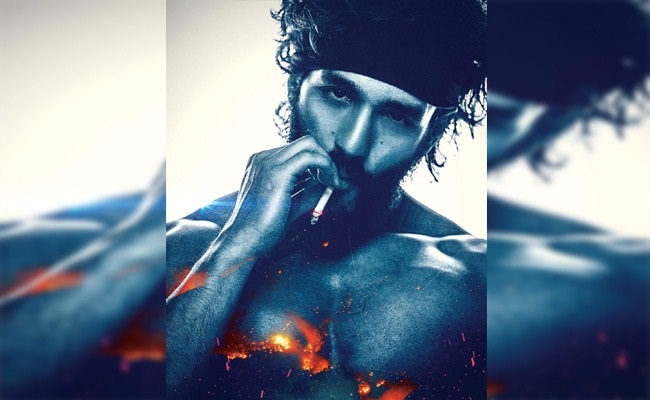 Wishing Akhil Akkineni on his birthday, the makers of his ongoing flick Agent have released a new poster featuring him.

Akhil goes shirtless and looks macho in the poster, as he flaunts his chiselled physique here.

He is seen smoking a cigarette and there is intensity in his eyes. The long hair, beard add ruggedness to the character.

Akhil’s incredible transformation for this film is clearly evident in the picture.

In the background, there is a huge fire eruption, probably due to bomb blast.

Akhil plays a spy in this action thriller directed by Surender Reddy under AK Entertainments banner.

Sakshi Vaidya is the heroine and Mammootty will be seen in a crucial role in the movie which is currently being shot in Hyderabad.

Akhil is gearing up to see the cinemas on August 12th for Independence Day.